NorwayForTRUMP.com (Norway4TRUMP.com) is run by a Christian Freelance Journalist, former Combat Medic, and Politician with a background in Medicine, Natural Sciences and Philosophy. A staunch critic of totalitarian ideologies like the Socialisms; Communism, Nazism and Islam, and Globalists and their Agenda. The Editor of NorwayForTRUMP.com seeks to promote Patriotism, Morality and Prosperity for the amazing Judeo-Christian Culture of the West, which has brought so much light to the world. He doesn't mind if you're agnostic, as long as you reject totalitarian ideologies and fight the grip they now, yet again, have on the world.

The Editor is also a proud Norwegian and American Patriot. He is a former proud co-host of Cold War Radio and several TV and Radio Stations in Norway. He is still a great supporter of Cold War Radio, (www.spreaker.com/show/cold-war-radio) broadcasting ever Monday, Wednesday and Friday at 8 PM ET.

NorwayForTRUMP is C4: Christian, Conservative, Constitutionalist, Capitalist who supports President Trump's love for America, and the important work the President and the President's Movement is doing to save the Republic.

He has a rich past as a US Navy sailor and Broward County, FL, Sheriff’s Deputy. Today he is the fastest verbal gun in the West with 1,300+ videos and 17+ Million views on YouTube. ➽ You can listen to the very inspiring interview with Wild Bill for America […]

TONIGHT FRIDAY CWR#636: How to proceed with the battle at hand, to win the entire war

This is Radio Norway’s story for tonight’s show on Cold War Radio #636. The adage above all adages in contemporary politics is: #FollowTheMoney! Supreme Court Justice, Brett Kavanaugh and his family have been the targets of political Psychological Terrorism never seen before. Even the Robert Bork and Clarence […]

I’m not much for conspiracy theories, but when theory starts turning to facts, I must admit it is intriguing. On September 28. Conservative Radio Host and Pundit, Michael Savage, claimed the Kavanaugh accuser, Christine Blasey Ford had deep ties to the Deep State – more precisely the CIA. […]

Do Not Let Your Heart Be Troubled – CHARGE!

This is Radio Norway’s story for tonight’s show on Cold War Radio #633. The accuser of President Trump’s Supreme Court Justice Nominee, the Honorable Brett Kavanaugh, has had her credibility – not only questioned – but destroyed. On September 27. a body language expert meticulously dissected Ford’s testimony. I […]

The Nunes Memo has just been released! This is bigger than the WATERGATE SCANDAL. This article will be updated. The Congress House Servers crashed because of heavy traffic when the memo was released, but here it is. First two pages are the release order from President Donald J. Trump:

Make sure to tune into Cold War Radio on Monday January 29. for an exclusive interview with the world renowned author, Trevor Loudon. You’ll find the show on among other platforms, www.spreaker.com/show/cold-war-radio 7-8 PM EST. Trevor Loudon is an author, filmmaker and public speaker from Christchurch, New Zealand. For more than […] 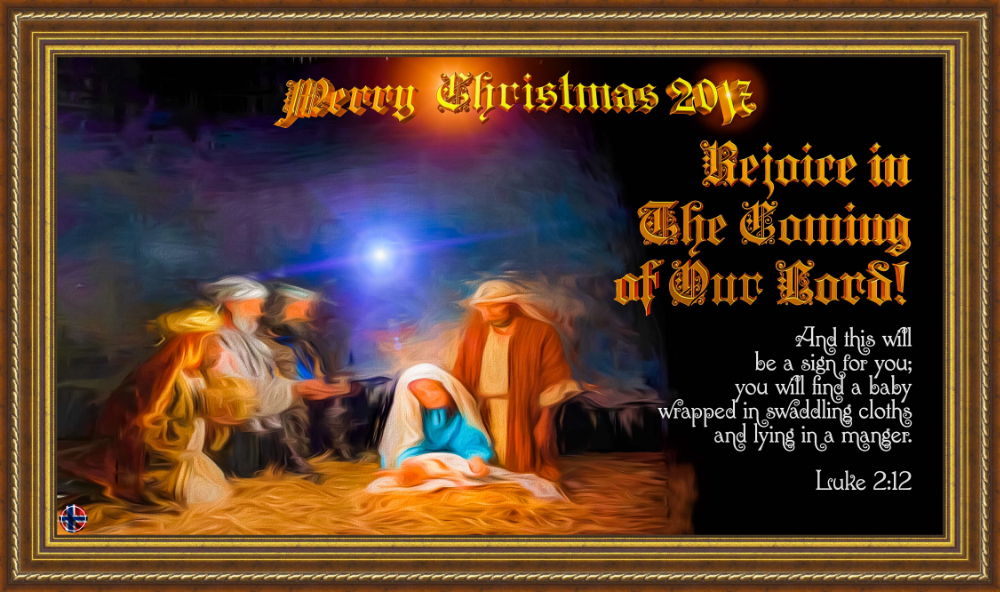 Merry Christmas To You And All Your Loved Ones! May this season bring you Love, Health and Happiness!

Norway4Trump.com publish content under FAIR USE for discussion, criticism or review citing US 17 U.S.C. § 107 fair use protection, Section 107 of the Copyright Act of 1976 and UK Section 30(1) of the 1988 Act. [Note: News are real life events and they are categorized as fact and is not copyrightable]